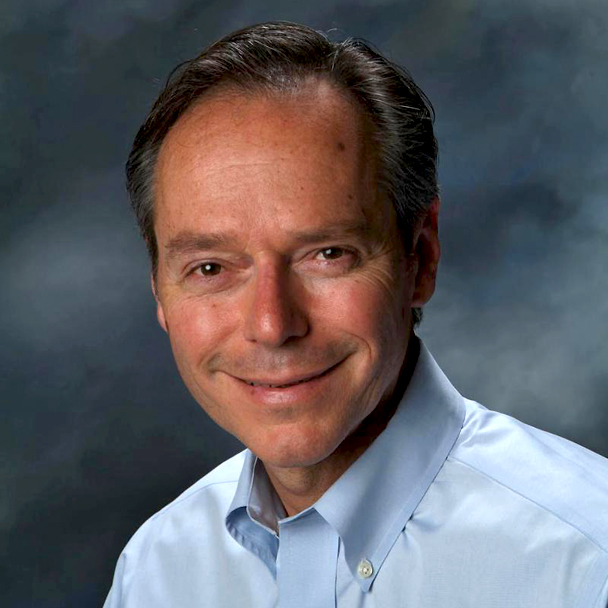 As many of you may already know, Dr. Ross has been coming to Pine Bush to do surgery and consult on lame horses for 30 years. He has currently assumed a new role as owner of Pine Bush Equine Services and Veterinary Hospital.

Dr. Ross hails from Chestertown, NY near the beautiful Lake George area. He grew up there riding and showing Western Pleasure Horses with a special affinity for reining horses. He received his undergraduate degree at Cornell University and then went on to become a graduate of Cornell University’s New York State College of Veterinary Medicine in 1981. After veterinary school and a 1-year internship at Cornell, he was accepted into a 3-year equine surgery residency program at the University of Pennsylvania’s New Bolton Center where he was appointed Lecturer in Surgery from 1985 to 1988, Assistant Professor of Surgery from 1988-1993 and Associate Professor of Surgery from 1993-1999. In 1999, Dr. Ross became a full professor of Surgery. Dr. Ross became a Diplomate of the American College of Veterinary Surgeons in 1986 and an active member of the American Association of Equine Practitioners. Dr. Ross had broad clinical interests including equine gastrointestinal, respiratory and musculoskeletal surgery but in recent years has concentrated efforts in orthopedic surgery with a particular interest in arthroscopic surgical techniques. Equine lameness diagnosis and management has always been a passion and clinical focus with a special emphasis in the Standardbred and Thoroughbred racehorse. New Bolton Center is where he put down his roots and he is currently a consultant as a Professor of Surgery. Dr. Ross developed and is the Director of the Nuclear Medicine program at New Bolton Center. He is the author of over 420 scientific papers, books, proceedings, abstracts and book chapters. Ross and Dyson’s lameness textbook with companion CD, Diagnosis and Management of Lameness in the Horse, published December 2002 by WB Saunders (Elsevier Science), and now the 2nd edition, with a companion website, www.rossanddyson.com, published November 2010, is the culmination of over 37 years of study and interest in clinical examination, imaging and management of the lame horse. Ross and Dyson were recognized for that work by the Association of American Publishers for outstanding achievement in Professional and Scholarly Publishing (2003 award in the field of nursing and allied health).

During his career at the University, Dr. Ross would consult at Pine Bush Equine Services and even introduced Dr. Herb Burns to Dr. Howard Gill in 1992. Dr. “Doc” Gill, as you may know, was the founder of Pine Bush Equine Services. He retired in 2000 and sold the practice to Dr. Burns. Dr. Ross has proven his expertise and loyalty over his many years of working with Dr. Burns and Doc Gill.

Dr. Ross recently retired from the University of Pennsylvania to continue his passion for equine veterinary medicine by working more directly with horse owners in private practice at Pine Bush Equine Services. He has a passion for the New York area and in particular this practice. He looks forward to more hands-on experience with primary care equine practice and to working with you. 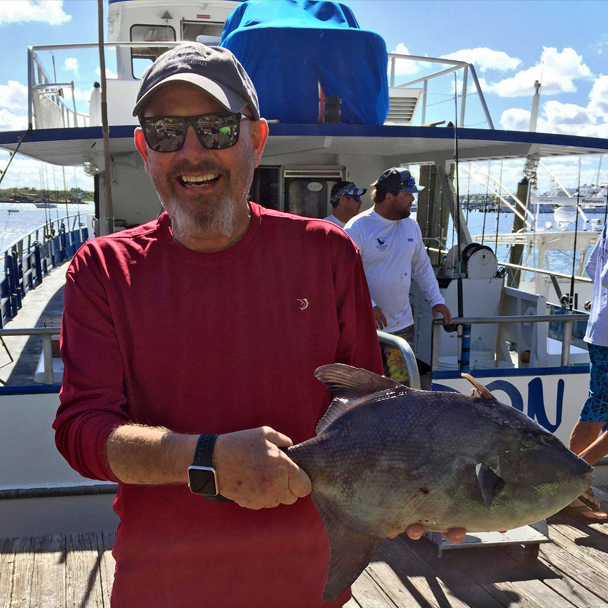 Dr. Burns graduated from the University of Pennsylvania School of Veterinary Medicine. He began at Pine Bush Equine Services in 1992 when the practice belonged to Dr.Howard "Doc" Gill. He fell in love with the area and eventually purchased the practice in 1997. He has become legendary in New York's Standardbred business, winning the United States Harness Writer's Association's Good Guy Award in 2017. His interests include reproduction, surgery and lameness. In his spare time, Herb enjoys spending time with his daughters, golfing and watching his Standardbred horses race including his world champion, Here Comes Herbie. 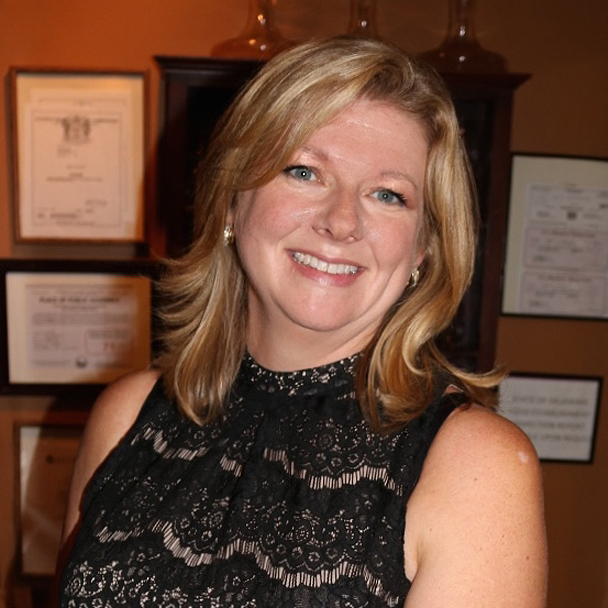 Dr. Ross graduated from the University of Illinois College of Veterinary Medicine in 1997. She practiced in Kentucky for 3 years before completing her surgery residency at The University of Pennsylvania’s New Bolton Center in 2003. Dr. Ross has a keen interest in geriatric horses, laminitis, wound healing and neonatal/foal medicine and surgery. She enjoys horses, dogs, being outdoors, a good glass of wine and spending time with her husband and children. 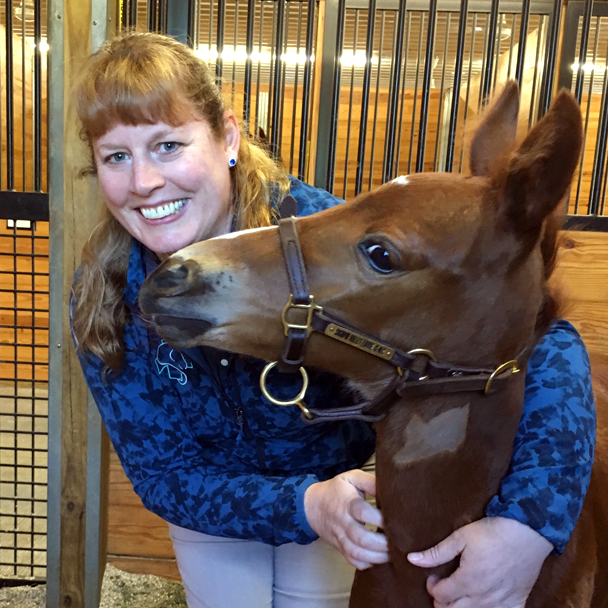 Dr. Krueger is originally from Bowling Green, Ohio. She obtained Bachelors degrees from Georgetown University and Colorado State University. Dr. Krueger graduated from the University of Pennsylvania School of Veterinary Medicine in 2005. She completed an equine internship at Littleton Large Animal Clinic in Colorado, and performed a year of equine orthopedic research at Cornell University followed by her surgical residency at the Ontario Veterinary College, which included a graduate degree with a research project investigating osteoarthritis in the equine fetlock joint. Dr. Krueger is board certified by the American College of Veterinary Surgeons in Large Animal Surgery.

In her free time, Ellen enjoys cooking and hiking with her husband Don and dog Daisy May, reading, and spending time with friends and family. 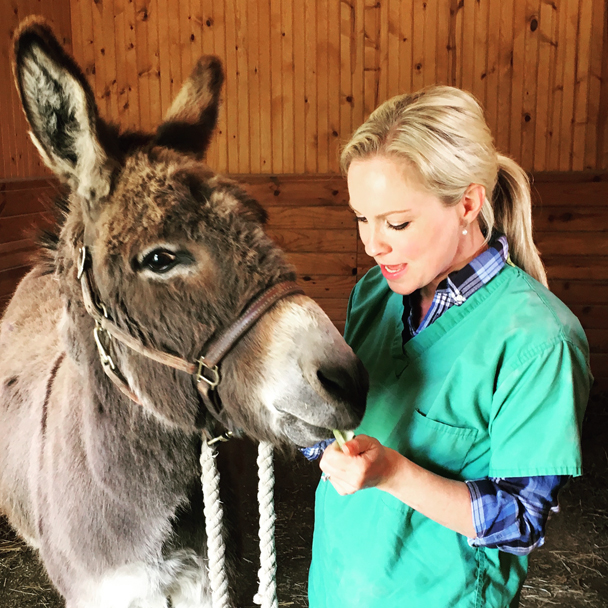 Dr. Nutt started with us in 2010. She attended veterinary school at North Carolina State University, completed a one-year internship in medicine, surgery, and lameness at a sport horse hospital in Virginia, then worked at an equine referral hospital in the San Francisco Bay area. Her special interests include emergency medicine, internal medicine, and ophthalmology. Her free time is spent riding, running, and gardening. 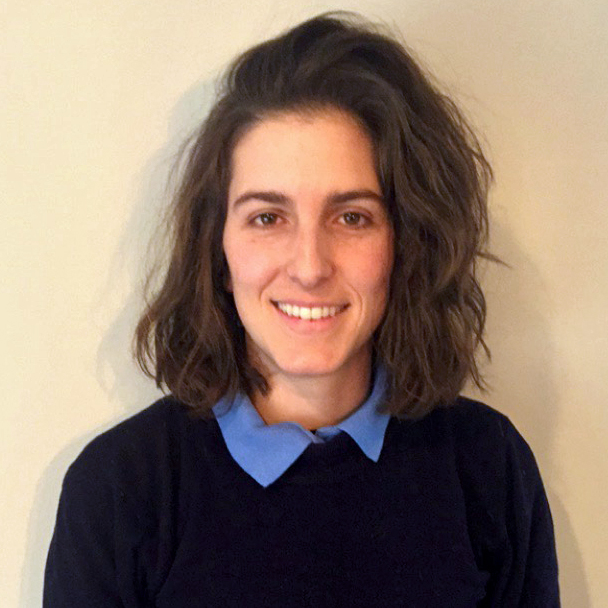 Lucia Aznar studied at the Universidad Nacional Autonoma de Mexico veterinary school (UNAM). She worked for six months with the Donkey Sanctuary in 2016 and later completed an externship with Ford Veterinary Surgery Center to complete her veterinary education. Her career goal is to become a board certified large animal surgeon. In her gap year prior to vet school, she went abroad to South Africa where she performed conservation work and gained her field guide license (FGASA). In her free time, she gardens, rock climbs, cooks and plays with her dogs. 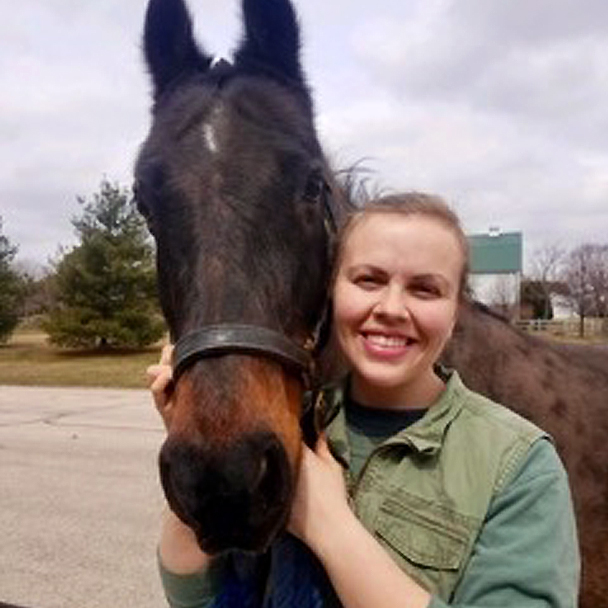 Dr. Martin attended veterinary school at St. George’s University in Grenada. She originally hails from Massachusetts. Dr Martin spent a year practicing at Kendall Road Equine Clinic in Elgin, IL furthering her education after graduation. Dr. Martin enjoys the diversity of equine disciplines at Pine Bush Equine Services. “I can perform a lameness exam on a top-level dressage horse and go straight to a beloved pet donkey for vaccinations and routine health care.” Various breeds and disciplines keep her on her toes and keeps practice interesting. Dr. Martin enjoys all aspects of ambulatory practice including pre-purchase exams, reproduction work, and wellness care especially with geriatric horses. 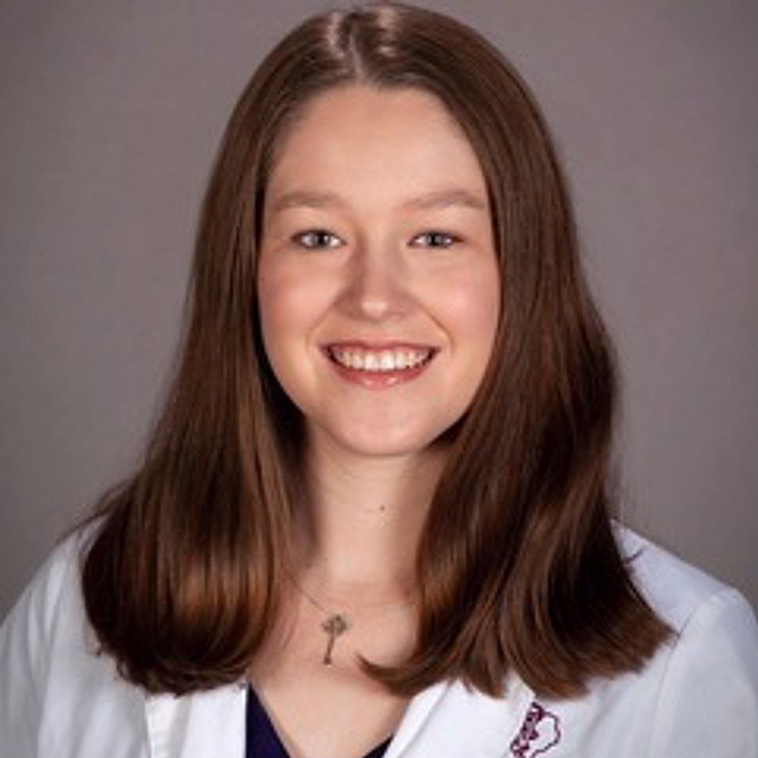 Dr. Jenna Ward grew up with a love of all animals and a desire to help in California. These childhood desires led her to pursue veterinary medicine as a career and she completed veterinary school at Texas A&M University. She has a passion for Large Animal Reproduction and has spent many years both during her undergraduate and veterinary training working in research labs focusing on stallion reproduction and embryos. She was president of the Student Chapter of the Society for Theriogenology. She believes everyone should travel abroad at least once and has combined her love of travel with reproduction by attending theriogenology conferences across the country and internationally. Dr. Ward enjoys her down time with her cat, Mai and catching up with friends.